Fabulos Project: In Three Years from the Idea to Autonomous Driving in Urban Area 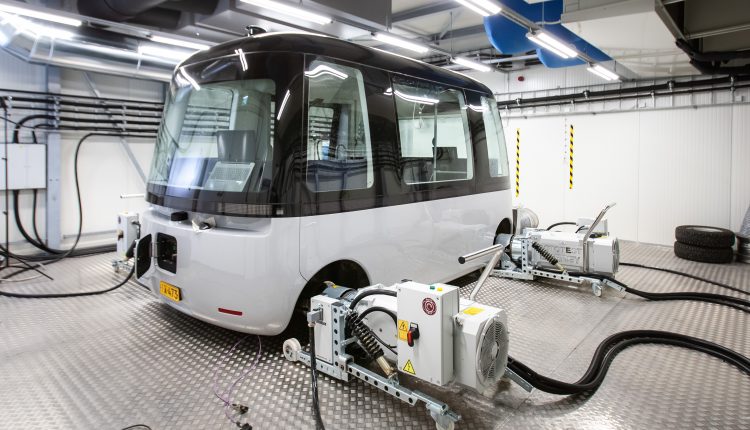 The three-year-long Horizon 2020 project FABULOS has come to an end. For Sensible 4 the project meant growth and a framework for developing the software product. Along with the project Sensible 4’s autonomous driving software and ability to offer autonomous retrofits improved significantly. As the final conference of FABULOS was held in February, Sensible 4 now heads for commercial product launches.

The 3-year long FABULOS was a Horizon 2020 funded, Europe-wide project. The purpose of FABULOS was to seek new solutions and technologies for cities, to prepare them for future mobility solutions. It was a collaboration between companies and public entities such as the city of Helsinki. But for Sensible 4, it meant a lot more.

“FABULOS project was a successful accelerator for us and the emerging European autonomous driving industry”, says Harri Santamala, the CEO of Sensible 4.

The project had three phases planned for a period of three years: Solution design, prototype development, and field testing.

The project started mostly with documentation planning, but in the second phase the vehicles started to roll in. The autonomous shuttle bus GACHA was announced in 2019 while the FABULOS project was running.

An important part of the second phase was the laboratory testing of the vehicles. This is why an autonomous driving computer with a full sensor stack and wiring was taken into the EMC chambers, once used by Nokia. GACHA vehicle was driven into the cold chamber equipped with a dynamometer to test the performance of the vehicle’s drivetrain in really cold conditions.

“Although our technology works just fine on nice summer days, we need to test the vehicles also for harsh arctic conditions”, Santamala continues.

The highlight of the project was the third and final phase, two pilots on the public roads, one in Helsinki and another Gjesdal Norway. It was clear for Sensible 4 to utilize the new GACHA shuttle bus within this phase. Also, a Dongfeng CM7, Renault Twizy, and a couple of Toyota Proaces got an autonomous retrofit in Sensible 4’s workshop and drove their parts in FABULOS pilots.

The first open pilot was also intended to transport passengers to European TRA 2020 conference in spring 2020, but it turned out to be a mostly closed field test in times of global pandemic. Yet this didn’t stop the FABULOS from happening.

The second open pilot at Gjesdal was one of the first autonomous driving pilots abroad for Sensible 4. The Gjesdal pilot also underlined the long arc of software development within the company: In just three years the new generation of vehicles had stepped into the service. In just three years the sensor stack was renewed and software was more or less rewritten to better drive the new vehicles.

For Sensible 4 the FABULOS project was successful. For a startup and freshly hired engineers, the FABULOS formed a series of waypoints guiding the way forward.

“For example, the ability to autonomously drive to the bus stop and leave from it was developed within the FABULOS project”, tells Janne Luukkaa, one of Sensible 4 first software engineers.

“We’re looking forward to continuing developing the European technology sector competitiveness in future programs”, tells Santamala. Along with its commercial customer projects, Sensible 4 is taking part in new Horizon 2020 programs, like SHOW with an autonomous pilot in Tampere at the end of the year. The next year, 2022, Sensible 4 will launch Dawn, the commercial autonomous driving software.

This time Sensible 4 is no longer a startup. Within just one year the company has nearly quadrupled its personnel, moved to a new bigger office space, and also expanded the business to Central Europe and Japan. GACHA was the first vehicle built by Sensible 4, but new pilot projects and collaborations with industrial partners are on the drawing board. FABULOS has had an important role to play in this positive development.

Sensible 4 Oy is a Finnish self-driving tech company that has solved a major obstacle in autonomous driving, varying weather. The company develops full-stack autonomous driving software that turns any vehicle into self-driving. The unique technology combines software and information from several different sensors, enabling vehicles to operate in all weather conditions, including snowfall and fog. In 2022 it will launch the world’s first commercial all-weather software product, Dawn, for SAE level 4 driverless last-mile shuttles.

The founders of Sensible 4 have been developing autonomous vehicles since the ‘80s. In February 2020, Sensible 4 secured 7 million dollars in series A funding round from Japanese investors and the technology has won multiple awards, including 1st place in the Dubai World Challenge for Self-Driving Transport 2019 competition and the Finnish Engineering Prize in 2020.