IDEGO and EdgeVerve Join Hands to Drive RPA Adoption Across… 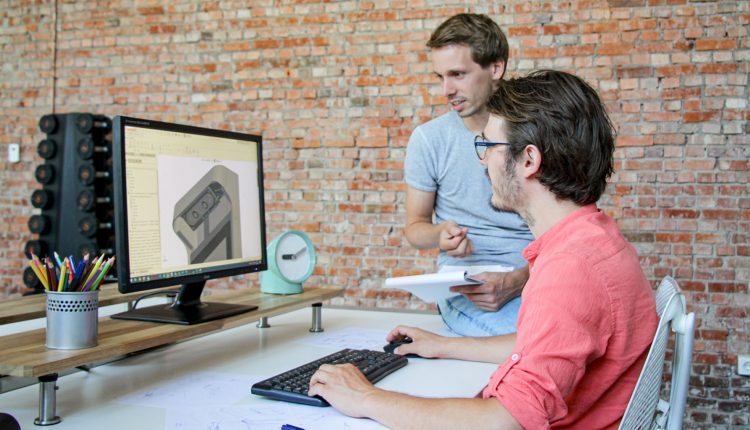 A third of all food available for human consumption is wasted. A staggering 1.3 billion tonnes per annum, that doesn’t reach the end consumer and simply gets thrown away, leaving nothing but a huge ecological footprint
on the environment. A situation Orbisk (until recent known as Zero Food Waste) wanted to change. That’s why they’ve created the Automatic Waste Monitor, a revolutionary solution for restaurants, caterers and other
companies to drastically decrease food waste. Together with Studio Mango industrial design; Orbisk developed the first version of the Automatic Waste monitor to what it is now: a revolutionary innovation that can make a huge
difference in food waste worldwide.

How the Monitor works
The Food Waste Monitor can be used in any professional kitchen worldwide, in 3 easy steps:
1. Installation: the system is placed on an appropriate location and includes a camera module, weighing scale, proximity sensor and an integrated user
interface. The standard used waste container is placed on top.

2. Interaction: within the flow of the usual waste disposal, the camera automatically captures images of the food thrown into the container.

3. Registration: using artificial intelligence, all ingredients are identified to provide insight in what, when and how much food is wasted. The user only needs to indicate if the waste was pre-consumption (never used), post-consumption (served, but not eaten) or from preparations (e.g. potato peels).

After 6-8 weeks, the system has enough information to start providing insights. All this data is presented to the system owner in an action-oriented dashboard. But before it came to this, a little inspiration, a lot of hard work and a collaboration was needed.

A little background to the story
In 2018 Orbisk was founded to cut down waste in the hospitality, restaurant, catering and hotel industries. The founders had extensive experience in the field of software development, big data and analytics for supermarkets.
Their data showed that huge amounts of food were never used by consumers. This was the inspiration they needed to implement similar tools in other market segments. This became the first version of the Automatic Waste Monitor.

Joining forces to create the best monitor possible
When Orbisk and Studio Mango started collaborating the prototype system was already installed at approximately 40 locations (this included some big hotel chains and the Dutch ministry of Economic affairs). After a few months of testing and making data driven decisions, on average, each of these locations was able to cut down their food waste by a staggering 50%! But for the monitor to become a true worldwide success, it needed further development and improvements to make it a scalable solution.

While Orbisk focused on the electronics, continued development of their Artificial Intelligence (AI) and back office. Studio Mango was responsible for the aesthetics, mechanical engineering, Design For Assembly, integration of electronics, prototyping and upgrading the User Interface. A lot of effort was spent in visiting testinglocations and interviewing users, to make it the best and most user friendly tool possible.

The result of joined forces and hard work
After months of engineering, prototyping iterations and intensive testing, the Monitor evolved into a stable, scalable solution that can be implemented in professional kitchens worldwide.